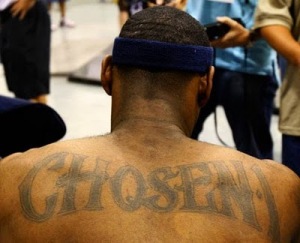 A friend of mine recently wrote a blog about why you should like Lebron James. I happen not to share my friend’s admiration for LeBron. So here is my healthy, loving, just for fun, devil’s advocate response about why I don’t like LeBron.

Simply put, I am not a fan of LeBron. I would hesitate to use the word hate. Admittedly I’ve probably used the word hate in reference to LeBron while watching him play my beloved Boston Celtics. However that was in a rash and emotional context, not in a well thought and carefully orchestrated blog post. Also, I realize my feelings toward LeBron are my opinion. I’m not going to claim that you should not like LeBron  because I feel this way. I simply want to display my reasoning.

My dislike of LeBron can be broken up into two arguments. LeBron off the court and LeBron on the court. My argument for LeBron on the court will vanish when and if LeBron ever wins an NBA title. Because as Vince Lombari once said, “Winning isn’t everything. It’s the only thing”.

-LeBron off the court-

“The Decision” is a highly scrutinized aspect of LeBron’s off the court life. (Watch the full interview here.) I’m not going to lie, I watched this one hour special on ESPN. (However I enjoyed the parody video shown at the 2010 ESPYS much more than the real thing.) “The Decision” was big news and everyone including myself wanted to hear what LeBron was going to choose. The media hype was crazy. However, it didn’t have to go down the way it did. The ESPN one hour special of “The Decision” didn’t have to exist if LeBron didn’t want it to. One of two situations went down that made this TV special happen. Either (1) ESPN called LeBron and asked him if he wanted to do a TV special, in which case LeBron said, “yes”. Or (2) LeBron called ESPN and asked to do a show. In both situations LeBron had a choice, a decision, about whether to cooperate with the media or not to cooperate with the media. The fact of the matter is LeBron did not have to communicate his decision in this way. It could have gone down similar to how Kevin Durant announced his new contract with the Oklahoma City Thunder that same summer via his personal Twitter. KDTray5 tweeted, “God is Great! Me and my family have come a long way.” Thats all it needed to be. Let the media do what the media does. “The Decision” did not need to happen.

Watch and listen closely to the moment when LeBron first officially announces his choice. He says, “In the fall I am going to take my talents to South Beach, and umm, join the Miami Heat.” Notice how self centered that statement is. Before he even mentions the team he is going to play for, he mentions himself… twice! Next when he has a more than appropriate opportunity to mention the name of the team he will be playing for, he says “South Beach”! Then finally after talking about his own talents and the world’s most famous self-glorifying beach, he says, “… and umm, play for the Miami Heat”.

LeBron also loses my admiration for the simple fact that he left Cleveland. This, along with what we have learned above, shows that LeBron is cocky but not self confident in himself. Whether LeBron knew he couldn’t do it in Cleveland or just gave up (witch he did in the 2009 playoffs). The fact is LeBron left without giving Cleveland a real chance to build around him. Watch “The Decision” interview video clip again and pay attention in the beginning when LeBron says, “A few years ago… I put myself in the position to have this process.”  LeBron was 21 years old when he signed his second NBA contract with Cleveland, a 4 year deal that set him up to be a free agent in the summer of 2010. LeBron’s decision to test the free agent waters and not commit long term to his home town team was made in his 3rd year in the NBA when he was 21 years old. Great players don’t leave their teams before they hit their prime to join another superstar. Great players allow for their teams to build around them. Even if they play in a small market city, like Kevin Durant.

Lets take a look at other teams that are fortunate enough to have more than one superstar on their payroll. The current Boston Celtics. Ray Allen, Paul Pierce, and Kevin Garnett. All players who had played through their prime with their original teams and allowed for said team to build a championship around them. They finally came together when Ray Allen was 33, Kevin Garnet was 32, and Paul Pierce was 31 to win a championship. Which they did in their first year together. The current San Antonio Spurs. Tim Duncan, Manu Ginobili, and Tony Parker. All drafted and developed within the San Antonio organization. They have won 2 NBA titles together as a group. The current Oklahoma City Thunder. Kevin Durant, Russell Westbrook, and James Harden. All drafted and developed within the Oklahoma City organization. They are the second youngest starting five to play in the NBA finals. OKC doesn’t have a championship yet, but all signs point to one in the imminent future. There are two glaring differences between these teams and the Miami Heat. (1) James, Wade, and Co joined each other at a much younger age. LeBron and Bosh left their teams without giving them a real chance to build around them. (2) Miami’s “Big Three” were not drafted and developed within the organization. I’m going to say it again, great players like Michael Jordan, Magic Johnson, Larry Bird, and Bill Russell enabled their teams to build around them.

I’ll admit it the NBA has a problem. It’s not just a problem with LeBron. In recent years superstars who play in small market cities are leaving their teams at the cusp of the prime of their carear. I know LeBron is not the only player to do this recently. Carmelo Anthony, Deron Williams, Amare Stoudemire, Chris Bosh, and Chris Paul are all players who have left their respected teams in a small market city and fled to a large market. This is not good for the NBA. The NBA is quickly lossing parity between its teams. Without parity the NBA lacks a the game to game excitement that we as fans experience during the later rounds of the playoffs during the regular season. NBA attendance is down in most cities. This may be due to a number of reasons but it seems to be regular season games are not as exciting as they used to be. (A quick note: small market teams are not doomed. Look at Oklahoma City. They are defiantly a small market city. But they have locked up their superstars, boosted attendance, and are now the second youngest starting five to ever play in an NBA finals. The future is bright for this small market team!)

-LeBron on the court-

I admit LeBron is a good basketball player. I mean the numbers speak for themselves. And if you win three MVP awards in the NBA, you can’t be bad. However, as we saw in “The Decision” video, LeBron did not go to Miami for MVP awards or personal stats. He chose Miami because it gave him the “best opportunity to win”. Well I’m still waiting for it. LeBron has yet to achieve his own goal set by himself. Once and if LeBron ever wins an NBA title I will rescind this argument. But until that day comes. He hasn’t done what the greats do… win. He fizzes under pressure. Gives up on his team. And ends up never coming through for his team or himself.

Many say, “look Michael Jordan didn’t win his first NBA title until he was 28 years old, LeBron is only 27”. But a closer look at that logic reveals its flaw. Michael Jordan played basketball in college at the University of North Carolina. He was 21 when he was drafted. Which means it took MJ and the Chicago Bulls 7 NBA seasons to win a championship. LeBron was drafted right out of high school when he was 18 years old. This is LeBron’s 9th season in the NBA. So it seems LeBron is actually behind schedule when compared to the great Michael Jordan. (This point reminds me. If you happen to like LeBron… QUIT COMPARING HIM TO MJ!!! It doesn’t make LeBron look good.)

I hope you enjoyed reading this. If you don’t agree with me, fine, thats your opinion. I just hope you are able to see my reasoning for not being a fan and admiring LeBron “King James”, “The Chosen One” James.