Here’s a quick update on my time Myanmar (which is quickly coming to an end, for now). Two weeks ago I shared some pictures from my first several days in the country. Since then I have started to do some pretesting for a questionnaire I will be developing on the economics of hope in rural Myanmar. I have hope (hope 2) that this will be able to contribute to my masters thesis.

More on that will be discussed and shared later. For now, I’d like to share some pictures. 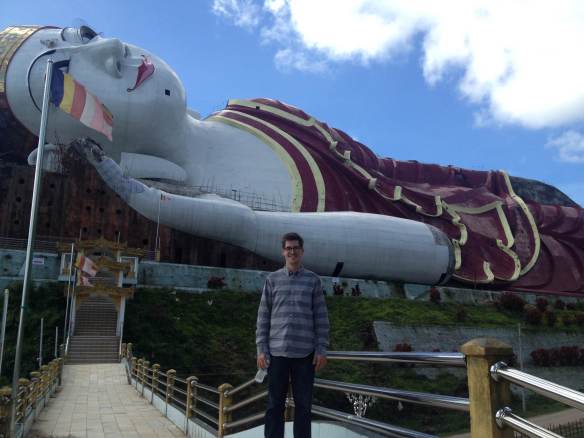 Me in front of (formally) the largest lounging Buddha

On my running route, overlooking the city of Mawlamyine 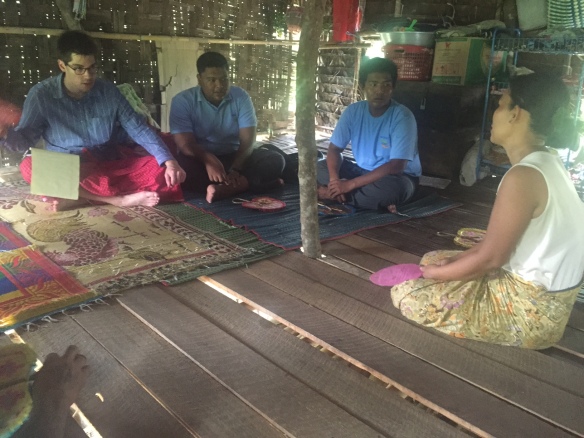 Two members of the research team and me, pretesting for the hope module

Taking a boat to an island village for a pretesting visit 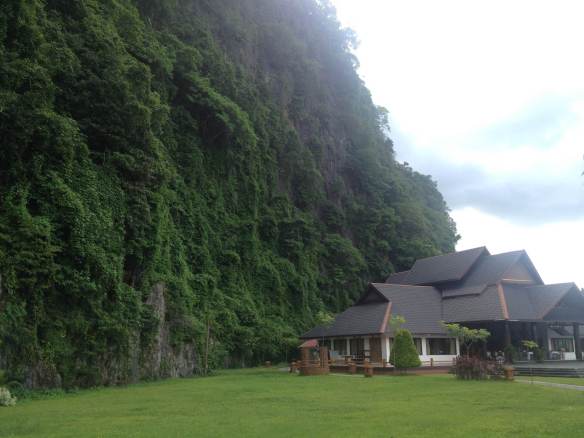 The research team had a weekend retreat (at the base of a cliff), and they let me tag along!

Friends and family will be happy to know I am safely in Mawlamyine, where I will be living and working for the next three(ish) weeks. I have yet to really get in the trenches with work so for now I’ll share some pictures of Mawlamyine.

Mawlamyine is the capital of Mon State (the region MDRI, IFPRI, and MSU are administering a survey representative of the entire region) and the former capital of Burma when the British ran everything. In that time, Mawlamyine was called “Little England” because of all the British who lived here. The city’s claim to fame in popular culture is being referenced to by two famous authors. Rudyard Kipling’s poem “Mandalay” opens with the stanza:

By the old Moulmein pagoda
Lookin’ lazy at the sea
There’s a Burma girl a-settin
‘and I know she thinks o’ me.

In Moulmein, in Lower Burma, I was hated by large numbers of people—the only time in my life that I have been important enough for this to happen to me

I was able to go for a run through town this evening and took some pictures. This is the third country (not counting the United States) where I’ve lived/worked that was colonized by the British. Notice how European it looks in places yet remains distinctly Southeast Asian: 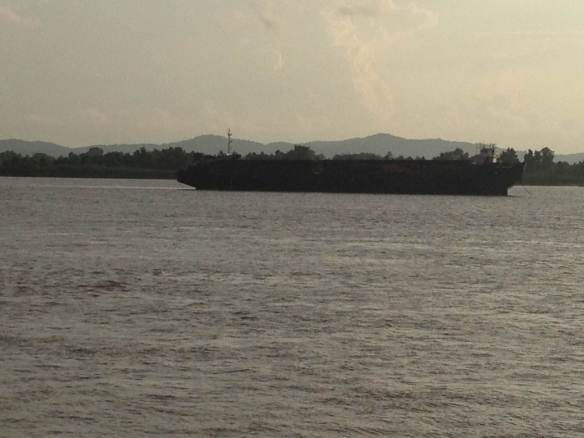 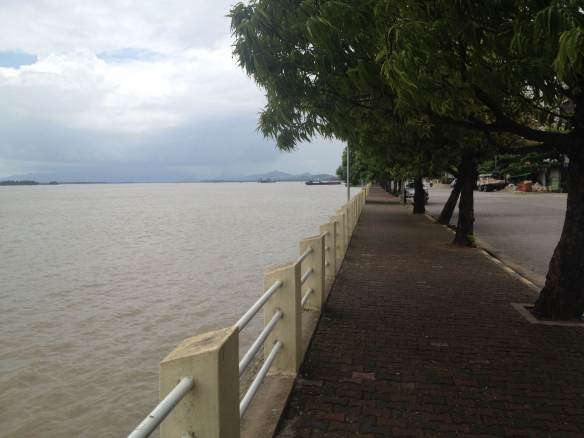 View from my room

One of the Mawlamyine pagodas